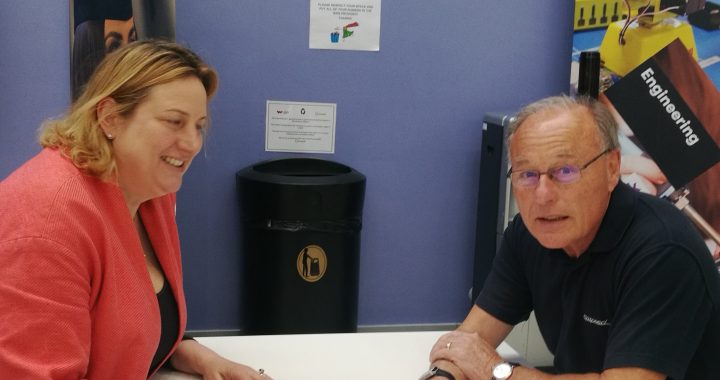 Following our move to Winsford, we were invited to meet with Antoinette Sandbach, the Member of Parliament for the Eddisbury Constituency.

Dave Turner, MD at Topspeed Couriers said “thank you to Ms Sandbach for her time, it was an enjoyable meeting in which we had an interesting discussion about the Gig Economy and the impact the potential changes for self-employed drivers could have. As a courier company which employs drivers these changes won’t directly affect our business, however it is likely to alter the marketplace somewhat and bring about a more level playing field for couriers who directly employ.”

Picture shows Dave Turner meeting with Antoinette Sandbach in her offices at the Warrington and Vale Royal College in Winsford.